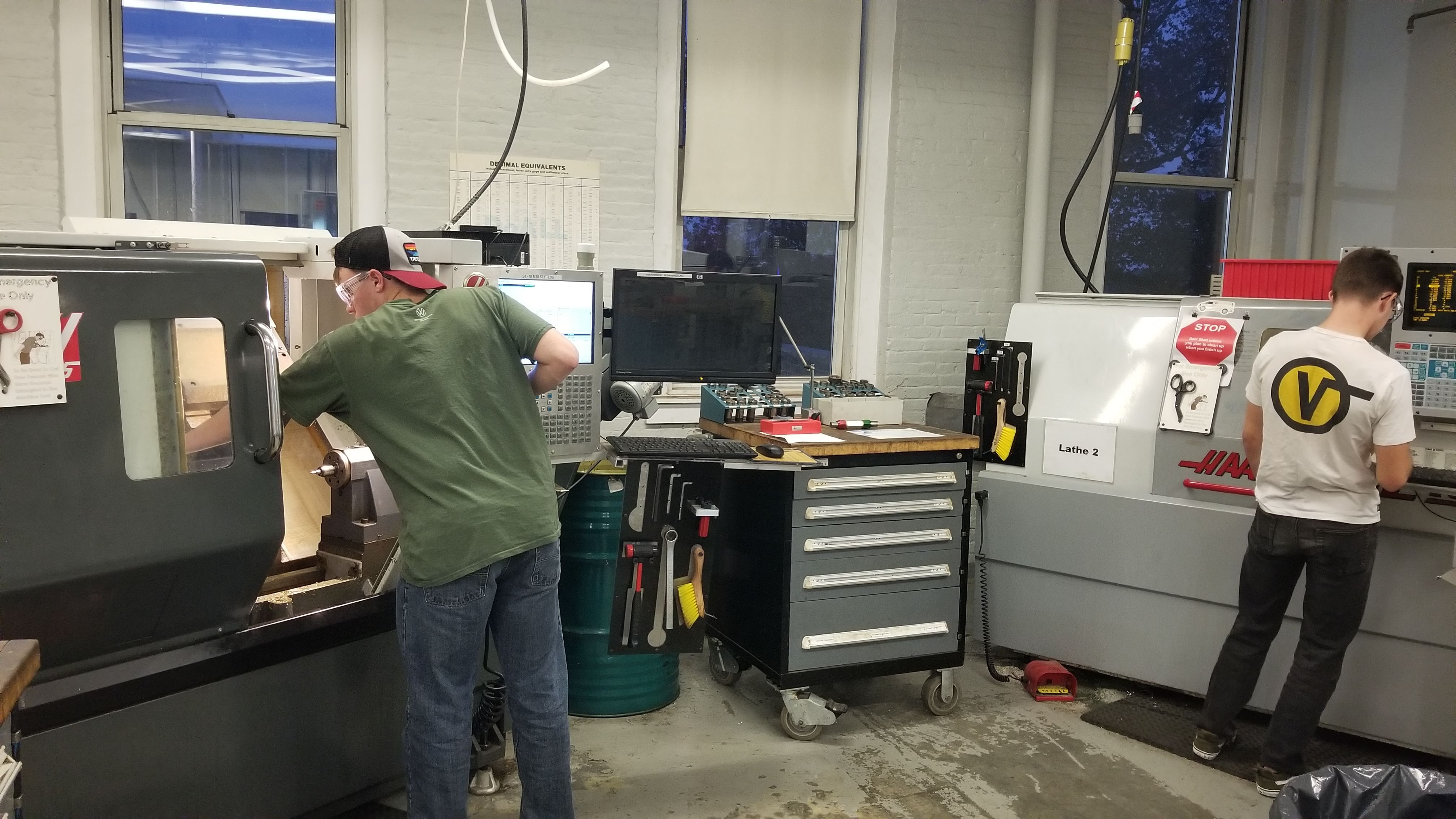 Members of the structures subteam practice their machining skills.

In the team's fifth year, WPI HPRC will compete for the second time in the Intercollegiate Rocket Engineering Competition (IREC) in the 10,000 ft COTS category. The project is named Capricornus, the goat constellation. The rocket is named after the brightest star in the constellation, Deneb, and the payload is named Nashira.

The rocket will be 145 inches long with a diameter of 6 inches and features improvements to the recovery system, fin can, and airbrakes system. Based on our experience from the previous year, numerous improvements are being implemented for our novel coupling system. The airbrakes will again be used to target an apogee of 10,000 feet.

This year's payload is a quadcopter, whose retention system detaches from the rocket during descent and continues descending under its own parachute. Once the retention system reaches a certain altitude, it will release the quadcopter to perform its primary mission. The quadcopter releases a series of three cubes that feature integrated weather sensors and telemetry and will transmit information back to the ground station. The mission will be fully autonomous with monitoring via an FPV system.