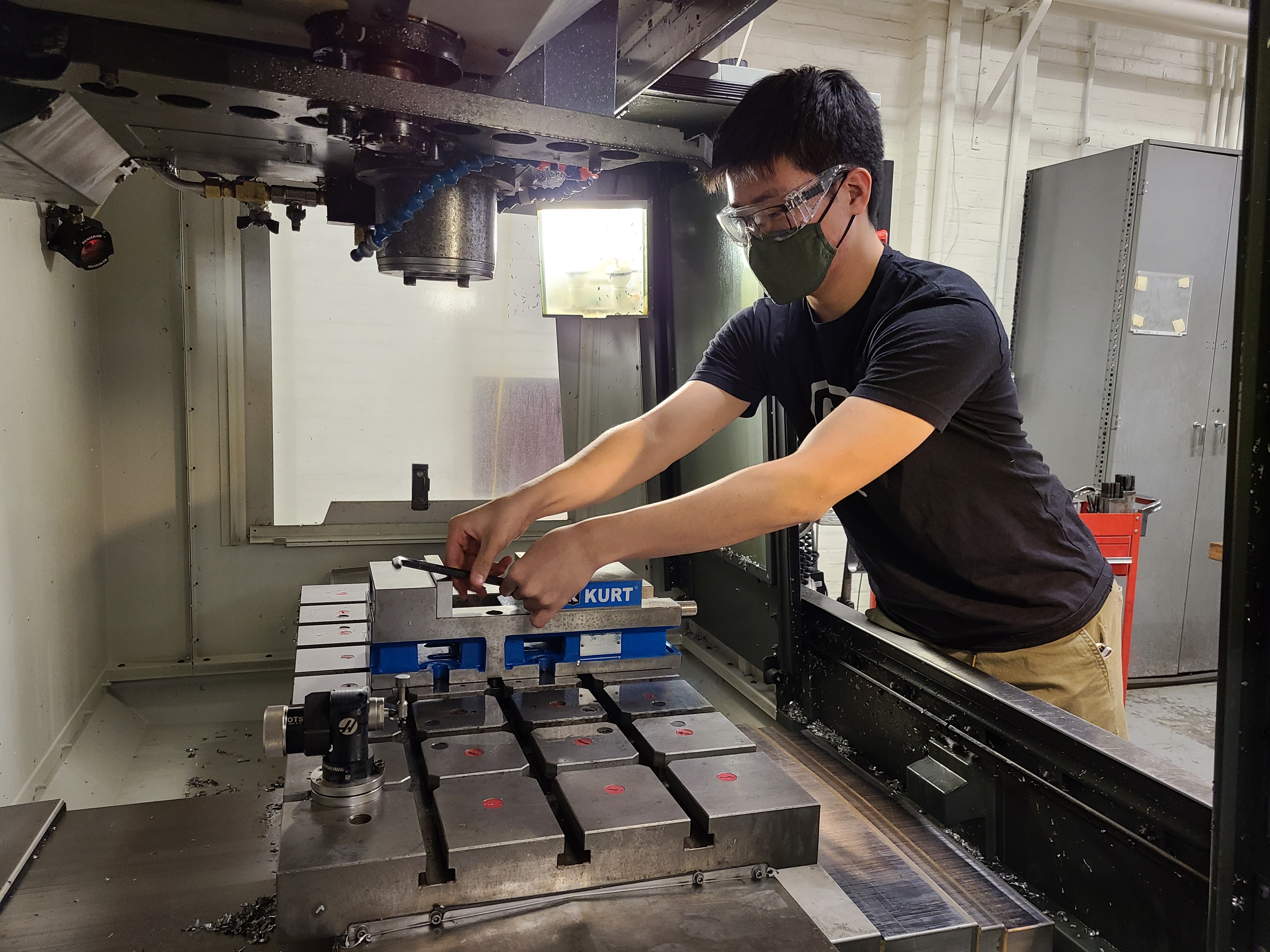 A member prepares fixtures in a CNC mill before machining components for the motor retention.

Entering their third year, WPI USLI made the decision to rebrand to the High Power Rocketry Club (HPRC). This year was uniquely challenging as the COVID-19 pandemic prevented the majority of in-person meetings. While the team initially continued to compete in NASA Student Launch, the team dropped out of the competition in December as there was no way for the team to fulfill launch requirements while staying in compliance with WPI's and the CDC's COVID safety guidelines. Despite this, the team continued designing and building our rocket and payload through the end of the year. The team was finally able to launch the 2021 rocket at St. Albans in April 2022 to test several systems for the 2022 project, Aquila.

The team's rocket, Sirius, continued to build upon the experience gained in the past two competition years. It contained many new systems such as forward mounted motor retention, an airbrake system, and a custom avionics board. The vehicle has a predicted apogee of 4934 ft but has a target apogee of 4550 ft. To ensure there is no overshoot, the airbrake system is actively controlled by the avionics to produce just enough drag to reduce the vehicle's apogee to the target.

The vehicle's payload is a lander designated Polaris. After being ejected from the vehicle during descent, Polaris lands under its own parachute before engaging its self-righting system which rights the payload from any orientation using a set of outward folding petals. This is more finely adjusted by the stabilization system which uses a set of legs that deploy to level the payload within 5 degrees on uneven terrain. Finally, it takes a panoramic photo using a top mounted camera before transmitting the photo back to the ground station.